Every year I went to a demoscene party. And every year I usually discovered that I wanted to create something and started to learn again how to use blender. A few weeks later I usually stopped and the next year I had to start over. Not completely, but it still feels pretty bad when you know that you could be way better if you did not stop most of the year being creative.

So… I decided to break that “routine”.

It was about time.

My current project is simply some kind of small markers you could put on a board game. High detail is planned to get more used to blender again. See my work in progress below

First there was a tower… 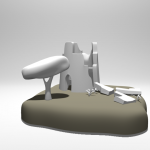 added stairs, a tree and some plants… 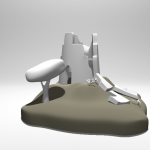 I wanted a hill 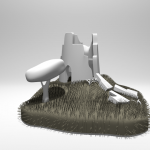 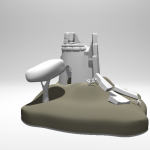 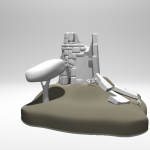 3 thoughts on “It was about time.”